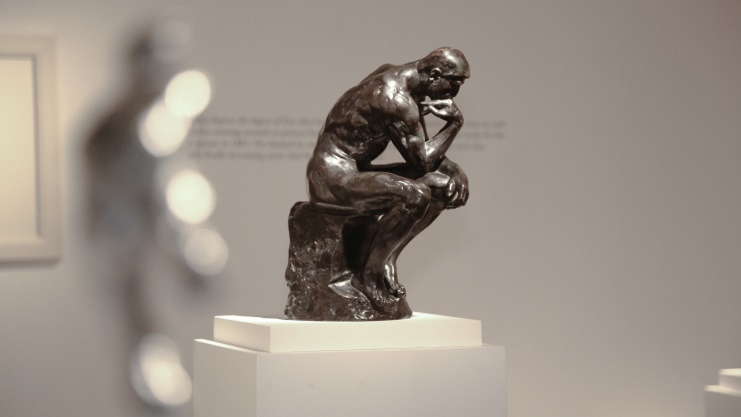 Something to Think About: Significant Rodin Sculptures Come to Canary Wharf – 22.08.17

Canary Wharf celebrates Auguste Rodin’s unrivalled contribution to art with a series of sculptures and drawings on show at One Canada Square, including a rare cast of The Thinker.

Canary Wharf has today announced it will be showing a series of works by sculptor Auguste Rodin, for the first time. Widely considered the father of modern sculpture, Canary Wharf will mark the centenary of Rodin’s death (1917) with an exhibition celebrating his unrivalled contribution to art, including a rare cast of Eternal Spring, which was made within Rodin’s lifetime’.

The exhibition, part of a worldwide programme of dedicated exhibitions, aims to highlight the works of an artist who, by the time of his death, was likened to Michelangelo. One of the last chances to see the collection in the UK, Canary Wharf will be showcasing casts of some of Rodin’s most coveted pieces, including The Thinker, The Kiss, Balzac and Man with a Broken Nose. It will also exhibit a number of drawings by Rodin, rarely on show to the public.

The works will go on show in September as part of Canary Wharf’s ongoing temporary exhibition programme. Since the inception of Canary Wharf’s cultural masterplan, visual arts has played an important role in the development and success of the 128-acre Estate. Canary Wharf has one of the UK’s largest collections of public art, with more than 65 permanent works by over 50 world-renowned artists and craftsmen.

The cast of Eternal Spring, which was conceived in 1884, was cast under Rodin’s supervision. The work represents the tragic love story of Paolo and Francesca, as told in Dante’s Inferno. It is believed that the piece might first have been intended to be part of the larger commission Gates of Hell, but once created, the depiction of love and happiness in the piece was deemed too euphoric for the tragedy being played out in the first part of Dante’s epic poem, Divine Comedy. Originally carved in marble, this piece is bronze and signed by Rodin himself.

Perhaps Rodin’s most famous piece, The Thinker, was conceived in 1880 and inspired by Michelangelo. Combining both the compositional influences of Michelangelo with Rodin’s own vigorous modeling, the statue is now often used as an image to represent philosophy. On show will be a bronze cast executed circa 1925.

The Kiss was originally one of the sculptures depicted on the Gates of Hell, a monumental group sculpture depicting a scene form Dante’s Inferno. Inspired by the story of Paolo and Francesca, this work is considered an iconic image of love and passion and is one of the world’s most recognizable sculptures. The bronze cast on show was made in 1904.

A monument to the French playwright and novelist, Honoré Balzac, this piece was intended to represent the writer’s persona rather than appearance. Commissioned by the Société des Gens de Lettres, the sculpture was originally rejected, only to be shown again years after the sculptor’s death. The bronze bust on show at Canary Wharf was cast between 1918 and1927.

Man with a Broken Nose

Man with a Broken Nose is considered to be one of Rodin’s first major pieces. Created between 1863 and 1864, the piece is based on a local handyman, Bibi, who was depicted by Rodin without flattery, broken nose and all. The example on show was cast in bronze between 1919 and 1923.

Camille Waxer, Managing Director of Retail and Chief Administrative Officer for Canary Wharf Group, comments: “It is an honour for us to be exhibiting such acclaimed works of art at Canary Wharf. We are committed to making art available to the community and this exhibition is the highlight of an ongoing public arts programme designed to do just that. Rodin was a seminal artist, whose work paved the way for many modern sculptors. We are delighted to be celebrating his legacy alongside other institutions such as The Bowman Gallery, London, and The Grand Palais, Paris, during this centenary year.”

Those heading to Canary Wharf to see the exhibition can also indulge in some French cuisine to complement the Rodin installation. Amongst the wide range of bars and restaurants at Canary Wharf, Plateau offers French-style fine dining, whilst macarons and high tea are available at L’Orchidée.

The exhibition is curated by art dealer Iain Michael Brunt, “I am delighted to be able to share my passion for 20th century French art at Canary Wharf celebrating the Centenary of Auguste Rodin’s life in 1917. The early 20th Century artists set new trends and styles in the art world and Auguste Rodin was not an exception to that rule.”

An Exhibition in Celebration of 100 Years: François Auguste René Rodin (1840 –1917) builds on a season of sculpture at Canary Wharf, following work by Kenneth Armitage and preceding the arrival of a Henry Moore sculpture.