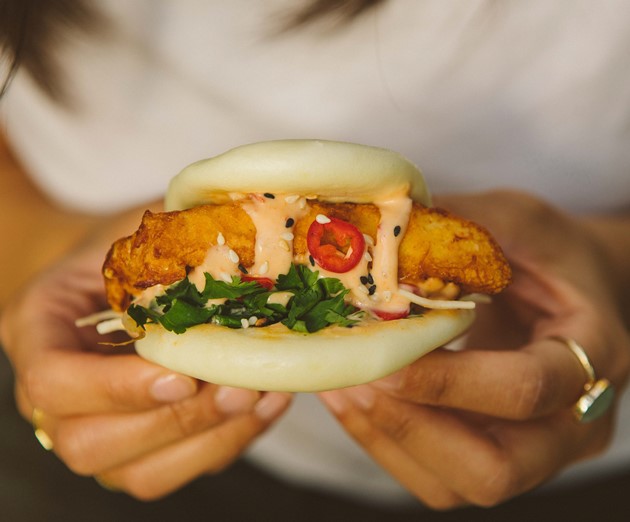 MamaLan has been serving fluffy baos, tasty dumplings and bubbly bubble teas in South London for the last decade. This April, MamaLan is bringing all her deliciousness to the East side of Town.

MamaLan is located in a kiosk on Reuters Plaza, underneath the iconic Canary Wharf clocks. Whether it’s a quick lunch, a cheeky afternoon bubble tea or a comforting home delivery, you can expect fresh, tasty food and drinks with no fuss.

On the opening, Founder, Ning says “We’re so excited to open MamaLan in Canary Wharf. When I saw the strip of kiosks on Reuters Plaza, it felt like home as they reminded me of my granddad’s little market stall back in the day in Beijing. We can’t wait to bring a bit of tasty street food and refreshing bubble tea to Canary and its neighbourhood!”

MamaLan started as a supper club in Founder, Ning’s living room. The popularity of the supper club led to its first location in Brixton Village. The menu served in MamaLan is inspired by Ning’s grandfather’s bicycle turned market stall in the 70s on the streets of Beijing.

What is on MamaLan’s menu?

What is bubble tea?