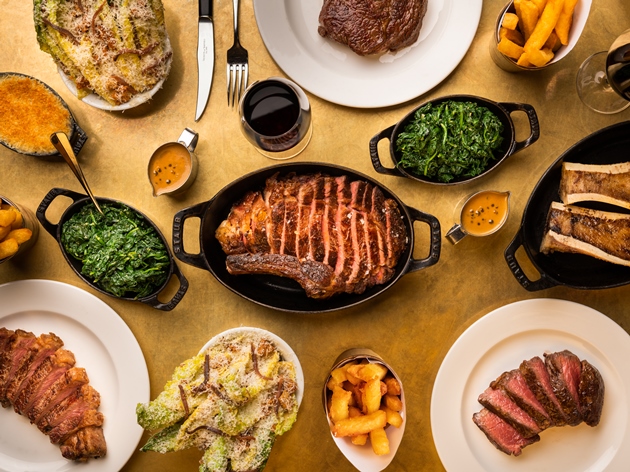 On Thursday 25 November, hot on the heels of finally opening in New York, Hawksmoor are launching their first new London restaurant in four years, Hawksmoor Wood Wharf. Not only will it be the largest Hawksmoor restaurant, it will also house their most ambitious bar to date, The Lowback, with its own suntrap terrace.

Occupying an eco-friendly floating pavilion in Wood Wharf, the exciting new neighbourhood of Canary Wharf, Hawksmoor Wood Wharf seats 200 in the restaurant, 22 in the private dining room, 120 in The Lowback and 60 al fresco across two waterside terraces.

The restaurant and bar take their inspiration from the New York launch and the Golden Age of Travel: the glamour of Hawksmoor in Manhattan, with a little high-end ocean liner mixed in.

In the restaurant, Wood Wharf will exclusively showcase some of the biggest hits of Hawksmoor New York, including three different oyster dishes (natural, dressed with Scotch bonnet mignonette, and charcoal-roasted with bone marrow), South-West coast halibut with porcini and bone marrow sauce and Veal chop with fried oysters and tartar sauce.

There will be a dramatic 5 metre double-height dining space featuring a marble-topped bar and a palette of vibrant green leathers lining banquette seating, all elegantly lit by bespoke chandeliers created using holophane lamps reclaimed from the once-iconic Packard Automotive plant in Detroit.

Stairs will lead up to a 22-seat private dining room named and decorated in honour of local Isle of Dogs legend, the singer, actress and self-confessed bawdy landlady (think Peggy Mitchell meets Joni Mitchell), Queenie Watts. A first for Hawksmoor, there will also be a terrace with views over the water and the dramatic docklands skyline.

However, the biggest news is The Lowback: the result of many a steak-and-cocktail-fuelled discussion about how to take all the elements of a Hawksmoor bar – the cocktails, the food, the décor, the size, the music, the sound system, the atmosphere – and take them to the next level.

When the first joker said, ‘we’re really pushing the boat out!’ it set off a thought in Huw’s head, which was full of the sights and sounds of this corner of the London docks back when it was a timber wharf. Shouts in a dozen different languages, huge ships from all corners of the globe swinging in laden with mighty lengths of timber. Seadogs piling into dockside inns, stevedores heaving, singing, swearing…

Amidst it all there was a small vehicle helping to launch and guide small boats, which went by the name of the LOWBACK car. The Lowback was literally built to push the boat out.

The Lowback will see a brand-new cocktail list, the result of almost two years’ work by Hawksmoor’s Head of Drinks Liam Davy and New York Bar Manager Adam Montgomerie. The Riviera section, which features a soft pink Bellini Moscato (peach, Campari, Moscato) alongside Anis-Cassis made with pastis produced in Bristol, will conjure sunshine and Sofia Loren-style even in the depths of a London winter.

These will be joined by a set of Ultimate Champagne Cocktails, such as Mandarin Paloma (Dangerous Don Mezcal, El Tequileno Tequila, mandarin, passion fruit, Champagne), all bottled with a little extra fizz and served in ice-cold 750ml Champagne bottles. Too good to launch a ship with, but perfect for similarly special occasions. Additionally, indulgent later evening Sundowners will include Pecan Godfather (peanut butter bourbon with Oloroso served over a big block of ice) and Amaro Coretto (Amaro, brandy, espresso, and coffee liqueur).

With a nine-metre-long bar, dark green marble floor, polished timber ceiling and velvet booths, the water-level bar will be the ideal spot for a glamorous night out in a great bar that doesn’t take itself too seriously.

Hawksmoor Wood Wharf and The Lowback

Canary Wharf’s new neighbourhood, Wood Wharf will provide up to 3,600 new homes, 2 million sq ft of office space, 350,000 sq ft of retail space and over nine acres of public spaces, squares and parks alongside a school and a GP surgery. The site represents one of central London’s largest privately owned development sites, extending to 23 acres and is recognised as being of major importance on a local, national, and international level.

The master plan for Wood Wharf design is by Allies and Morrison and Glenn Howells Architects and will broaden and extend the Canary Wharf Estate, adding to its vibrancy and continually expanding its cultural, community and commercial offer.

The floating pavilion housing Hawksmoor Wood Wharf and The Lowback is made from sustainably sourced timber decking and aluminium extracted from hydro sources, and has a green roof decorated with wildflowers and grasses to encourage visits from insects and bees and to improve carbon capture. It will be primarily powered by energy from Canary Wharf’s Combined Heat and Power network to help lower the impact on the environment. 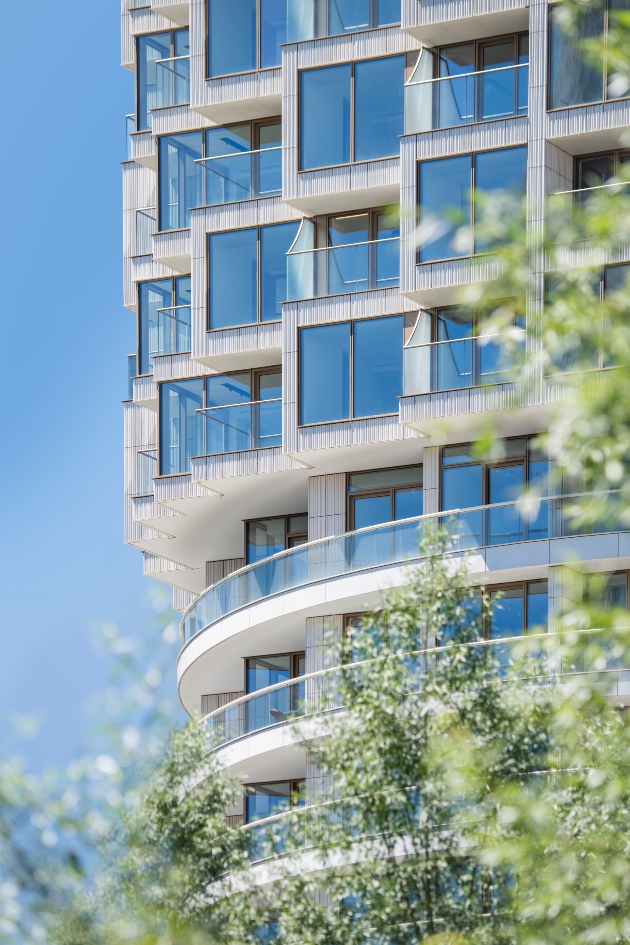 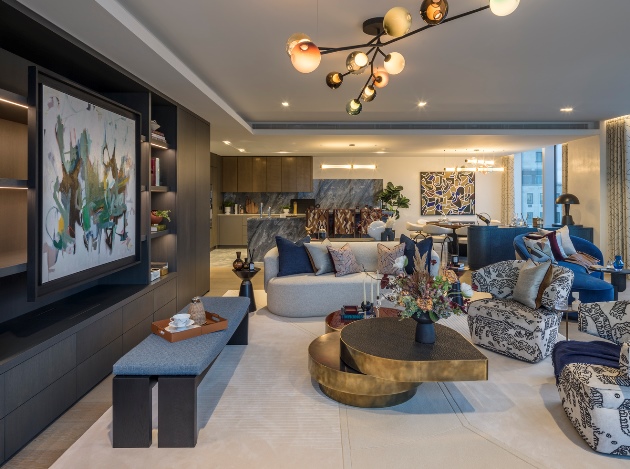