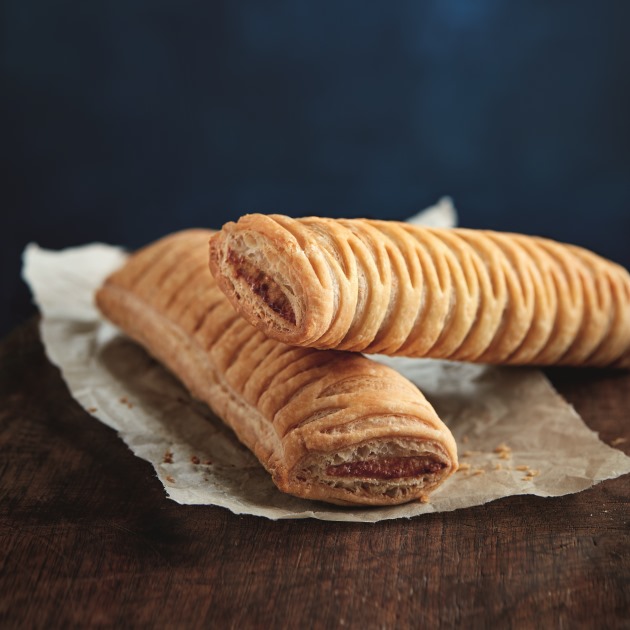 Greggs has today opened a new shop in London’s Canary Wharf as it continues to expand its portfolio in the capital.

The shop is one of a group of new London locations that have been launched by Greggs over the last year, which also includes North Greenwich Underground and two shops at St Pancras International, as the leading food-on-the-go retailer remains optimistic about London’s bounce-back from the pandemic and stays on course to expand its overall UK estate to 3,000 locations.

The new Canary Wharf shop, which is creating 30 new jobs, will stock freshly prepared Greggs fan-favourites, including its popular Steak Bake and Vegan Sausage Roll, as well as the newest additions to its vegan selection – the Vegan Sausage Breakfast Roll and the Vegan Sausage, Bean and CheeZe Melt.

According to Greggs data, London customers over-index versus the rest of the UK when it comes to vegan products, as well as grabbing more sandwiches and sweet treats.

Greggs’ velvety smooth flat white and warming peppermint tea are among the hot drinks on offer at the new shop, all of which are made with 100% Fairtrade coffee beans.

Customers looking to skip the queue will be able to make Click and Collect orders via the Greggs App, while delivery orders can be made via Just Eat for those looking to cater a meeting, or those looking for a quick afternoon pick-me-up at their desks.

The shop will be open from 6am on weekdays and 8am on weekends, so commuters will be able to take advantage of Greggs’ deals throughout the day, including its famed breakfast combinations, offering a breakfast roll or baguette alongside an orange juice or hot drink – served until 11am every day.

Roisin Currie, Retail and People director for Greggs, said: “Expanding our presence across the capital has been a priority for Greggs this year, and we’re delighted to open our Canary Wharf shop, creating 30 new jobs and helping fuel workers, residents and shoppers with their Greggs favourites.”

Stuart Fyfe, Managing Director Retail Leasing for Canary Wharf Group, said: “A UK firm favourite that will prove popular with our residents, workers and visitors alike, Greggs is a fantastic new addition to our strong roster of food-on-the-go eateries that we’re all incredibly excited about.”

Any further jobs created at the Canary Wharf store will be posted on https://www.greggsfamily.co.uk/.

Greggs is a leading UK food-on-the-go retailer with over 2,100 shops nationwide and serving over six million customers a week.

Celebrating its 80th birthday in 2019, Greggs diversified its growth strategy in 2013 to transform the business from a traditional bakery business into a modern, attractive food-on-the-go retailer, bringing about significant changes to the quality and relevance of its product offer as well as the positioning and refurbishment of its shop estate.

The business has invested £100 million to support growth and reshape its own supply chain in order to compete more effectively in the food-on-the-go market. The major investment programme created additional manufacturing centres of excellence and increased capacity to support shop expansion substantially beyond 2,000 outlets in the UK. As part of this, the retailer has extended its company-managed shop reach to new territory in Devon, in addition to opening further shops in Northern Ireland.  It also successfully developed a new Drive Thru format to compete effectively in this type of location and continues to seek new sites.

Greggs brand proposition brings together everything good that Greggs does, from serving freshly made delicious sandwiches to offering Fairtrade hot drinks and supporting more than 530 breakfast clubs in schools across Britain, playing a fundamental role in how the nation feels every day.

Greggs continue to specialise in daily fresh shop-made sandwiches and savouries baked off fresh in the shop ovens throughout the day. These are further complemented by popular and growing ranges including freshly ground coffee, breakfast, confectionery, heat to eat sandwiches and Balanced Choice.

The Balanced Choice range offers a choice of, sandwiches, salads, soups, porridge, fruit, yoghurt and drinks, which are all less than 400 calories and meet amber and green on the nutritional traffic light system for fat, saturated fat, salt and sugar.

Greggs’ loyalty scheme ‘Greggs Rewards’, is a mobile payment app designed to reward its customers for their loyalty whilst making shopping across its shops more convenient, quicker and easier.