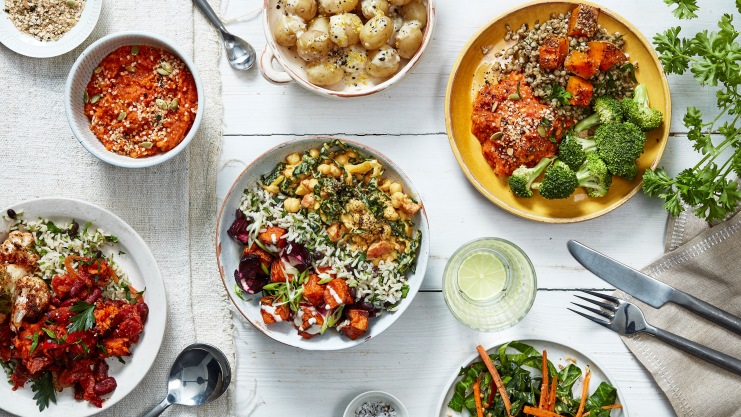 Farmstand has announced the opening of its second bricks & mortar location in Cabot Place located in the heart of Canary Wharf. It is scheduled to open in late February 2019.

”Eating a plant-powered diet increase your chances of living a happy, active life,”’ explains cancer-survivor and Farmstand founder, Steven Novick. “And despite the fact that food has never been easier to find, order or have delivered; most people simply don’t have access to convenient, affordable and legitimately healthy, plant-based food. We’re changing that.”

The menu, which is 80% plant-based, 5% sustainable fish and 15% ethical meat, will offer food that is high in nutritional value and low in environmental impact; to eat in, take away and for catering. Farmstand’s menu is based on the diet their Founder has been following since he had cancer which he believes was vital to improving his health.

Stuart Fyfe, Head of Retail Leasing, Canary Wharf Group, says: “We are delighted to be bringing the Farmstand offering to Canary Wharf. We appreciate their ethos and their values align with ours as well. Selecting them to be part of the Canary Wharf estate gives customers more choice and more options for vegan and vegetarian options as part of their everyday diet. The highly anticipated opening will be welcomed by our local residents, visitors and workers as well as Farmstand’s loyal customers.”

Farmstand is renowned for the high quality and freshness of their food, with every dish made from scratch by the Farmstand team using only seasonal ingredients sourced from UK-based ethical suppliers. It is also free from dairy, added sugar and artificial ingredients – no other restaurant or food brand globally does what Farmstand does.

The approximate 1000 square foot restaurant has been designed by a well-respected UK interior designer. It will feature Farmstand’s well-known greenhouse wall of natural plants “bringing the outdoors in” as well as a variety of colours and textures that also tell the story of local Milwaukee farm stands – the hometown of the Founder which is where the brand derives its name. Sustainable design elements include: reclaimed timber panelling, upcycled white marble table tops, and a specially commissioned illustrated feature wall.

Farmstand is on a mission to feed the world plants. Founded in January 2016 by cancer-survivor and e-commerce entrepreneur, Steven Novick, Farmstand is a Covent Garden-based profit with purpose restaurant, food, beverage and ecommerce brand. It has been profiled in major newspaper and magazine publications including Vogue magazine and The Telegraph and also won multiple industry awards for its food and sustainability including being named a top 2 most sustainable food service business in Europe in 2017 and 2018 by the Sustainable Restaurant Association.

Farmstand’s menu is based on the diet their Founder has been following since he had cancer which he believes was vital to improving his health. The seasonally-changing, all-day menu is 80% plant-based, 5% sustainable fish and 15% ethical meat and also 100% free from added sugar, dairy and artificial ingredients. Farmstand also offers ethical-trade coffee, organic wine and seasonal beer.
Farmstand currently operates two flagship restaurants in Covent Garden and Canary Wharf in late February 2019, and several cafes inside corporates across London. Farmstand also has a central kitchen in Deptford which is also a test kitchen for up and coming cooks and chefs from around the world. Farmstand partners with businesses and uses physical locations and technology to convert offline customers into online buyers.

Headquartered in London’s Covent Garden, Farmstand has 29 team members (over 50% are women), has raised over $6M including $3M in June 2018 in a record-breaking venture capital financing round and is majority-owned by the Founder and his team who are all shareholders.