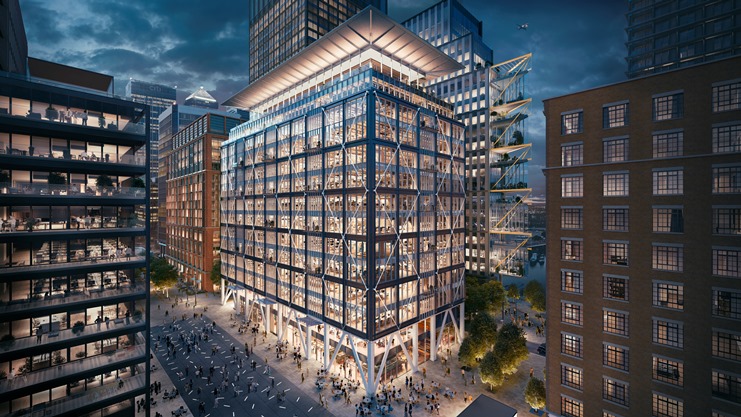 Canary Wharf Group has today published a new report, Future Proofing London’s Economy, that sets out a series of recommendations for London’s people, policymakers and businesses to realise the capital’s economic potential in the coming decades.

With academics, entrepreneurs and investors sharing their perspectives, alongside senior figures from Canary Wharf Group, the report identifies four key areas that will most profoundly impact London’s economic future. From allowing emerging sectors in an evolving business landscape to thrive to harnessing new technologies and infrastructure capabilities; as well as embracing sustainability and nurturing the next generation of talent.

Contributors to the report include UCL, Microsoft, Cisco, Transport for London, BGF and the Committee on Climate Change.

The report is being launched at an event today at Wood Wharf, the new development from Canary Wharf Group, with five million sq ft of mixed-use space including a school and medical centre, more than 3,000 new homes and two million sq ft of world-class commercial space. The event will take place in 10 George Street, the first Wood Wharf building to come online, a Build to Rent building from Vertus, Canary Wharf Group’s new rental arm and will be the first time the public has been invited on to the development.

Shobi Khan, CEO, Canary Wharf Group, comments, “Canary Wharf Group has overseen the largest urban regeneration project ever undertaken in Europe and transformed London’s business landscape, consolidating the city’s position as a global business capital. 30 years later, Wood Wharf is set to transform the city again, providing space for a new generation of business leaders and entrepreneurs, and a neighbourhood for people shaping the future of London. With tree-lined walkways, street level outlets for independent retailers, industry leading sustainability initiatives and an abundance of public spaces – Wood Wharf is an environment that will allow future talent to thrive and communities to prosper. Wood Wharf is our commitment to the continued success and growth of London, its economy and its businesses.”

The company’s current £3.8 billion development pipeline is composed of 1.5 million sq ft of office/retail properties and over 3,000 new homes: for sale, for rent, intermediate and affordable.