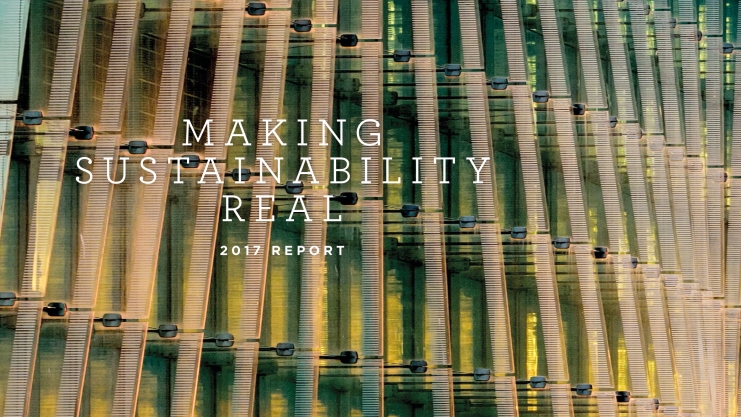 As Canary Wharf Group marks its 30-year anniversary, it today sets out a clearly defined strategy with a 2030 vision for its sustainable evolution.

In a new report published today, ‘Making Sustainability Real’, Canary Wharf Group unveils an ambitious plan to ensure sustainability continues to be at its heart. The new strategy is formed around four pillars:

The report also highlights the great progress Canary Wharf Group has made since it took on the challenge of transforming the former East London docklands into one of the most important and vibrant financial centres in the world, including generating £1.59bn for local small, medium and micro enterprises, over the past 30 years and achieving five consecutive years of powering the entire Estate’s electricity from renewable sources.

The Group’s relentless focus on sustainability is set to become even more important as the Estate sees its population grow from 120,000 today to more than 200,000 over the next five to ten years as new developments create more jobs and the first residents move in.

Commenting on the new report, Sir George Iacobescu CBE, Chief Executive and Chairman of Canary Wharf Group, said: “In an uncertain world that faces substantial economic, environmental, social and political challenges, our vision is to create inspiring, resilient and successful places that embed sustainability into every aspect and have a positive impact on our community, and the world. We are proud of what we have achieved over the last 30 years but we have a long way to go. We are tremendously excited for the next stage of our evolution.”

The independently assured report has been prepared in accordance with the Global Reporting Initiative (GRI) Standards: Core Option.

Canary Wharf Group has already achieved one of the greatest ever feats of civic engineering, turning a once derelict Docklands into 97 acres of London’s, and the world’s, most sought after office and retail space.

The Canary Wharf Estate is a major retail destination comprising around 1m sq ft across five shopping malls, including the award-winning leisure development, Crossrail Place, housing one of London’s most stunning roof gardens. It also has world-class, year-round arts and events performed throughout the estate.