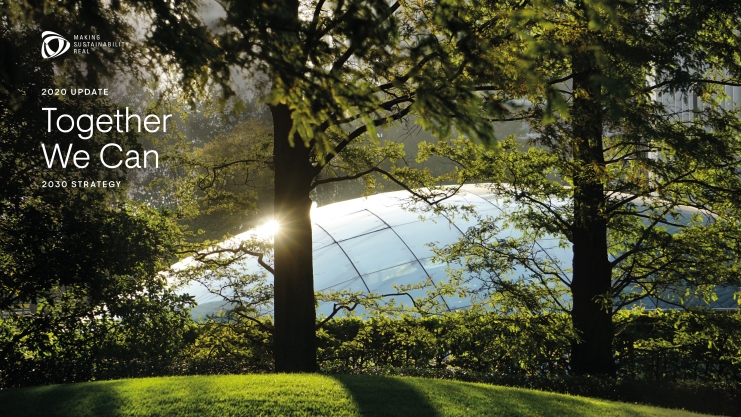 Canary Wharf Group (CWG) today sets out an ambitious environmental strategy for the next decade, including launching new emissions targets aligned with the demands of science to hold off climate impact. These ambitious targets, approved by the Science Based Targets Initiative, are in line with achieving a 1.5°C future and will be followed by a net zero pathway to be published later in 2020.

CWG has become one of the first 37 UK businesses to have approved target status within the initiative and only the second major property developer to have verified and agreed targets.

Canary Wharf is the first commercial district in the world to make the commitments.

In its latest sustainability report, ‘Together We Can’, CWG announces an ambition to ‘build back better’ from the COVID-19 pandemic, focusing on collaboration with tenants and suppliers to tackle emissions together. The targets include the ambitious commitment to rapidly accelerate the uptake of Science Based Targets amongst its key suppliers in construction, building management and related service industries.

The new targets include commitments to:

Achievements announced in the Report include:

Shobi Khan, Chief Executive Officer, said: “As we emerge from the COVID-19 crisis, there is an unprecedented opportunity to come back greener and smarter. We want to play our part in a healthy, resilient, zero carbon recovery that prevents future threats, creates decent jobs, and unlocks inclusive, sustainable growth.

“I am proud of what our team has achieved, and especially our pioneering work on reducing plastic and zero waste to landfill – gaining plastic free status in the last year.

“We have a unique opportunity to help drive change alongside everyone who calls Canary Wharf home. We are determined to work together to go even further to help improve our environment and shape a better world.”

Jonathan Sykes, Executive Chairman, Carbon Intelligence said: “Canary Wharf Group’s announcement is important for London and financial districts around the world.  They have a clear plan to reduce emissions based on climate science to limit warming to 1.5˚C showing that ambitious climate action can be taken with a growing estate by collaborating with tenants and suppliers.”

The company’s current £3.8 billion development pipeline is composed of 1.5 million square feet of office/retail properties, and over 3,000 new homes: for sale, for rent, intermediate and affordable.