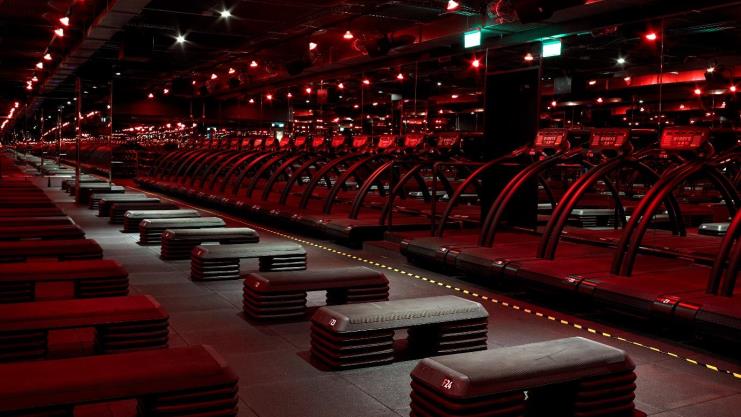 Barry’s Bootcamp, the international fitness phenomenon which pioneered the boutique fitness sector in the UK since launching in 2013, is set to open its fifth London studio, Barry’s Canary Wharf in Crossrail Place this winter.

Sandy Macaskill, co-owner of Barry’s London, says, “It’s so exciting for us to be bringing the Barry’s experience to Canary Wharf. We’ve been watching the area for a while, but as the first boutique fitness studio of its kind in the UK, our plans for expansion have always been very considered. It’s just so important to ensure the quality of our workouts, studio experience and community are never compromised. When we first opened Barry’s here in 2013 we never dreamt we would have five studios, but we’ve had clients asking us to open in Canary Wharf for YEARS and so it’s incredibly satisfying and fun to finally be able to do just that!”

Camille Waxer, Managing Director – Retail and Chief Administrative Officer, Canary Wharf Group, says: “It’s fantastic to welcome Barry’s Bootcamp to Canary Wharf. Barry’s has such a great following and we are excited to have them join Crossrail Place.”

After class, clients will be able to enjoy 5* changing facilities with complimentary towel service and luxury products. The new studio will cater to clients’ healthy lifestyle goals, boasting the ever-popular Barry’s Fuel Bar, which will serve up its nutritious post-workout protein shakes, as well as offering a range of protein snacks. The retail offering will also include a selection of Barry’s vests, t-shirts, sweatshirts and leggings, featuring the famous Barry’s slogans.

First opening in Los Angeles in 1998, and celebrating its 20th anniversary this year, Barry’s is the original indoor boutique studio offering and has gained a cult following worldwide, including here in the UK, for its effective, high-energy workouts and supportive community. The Barry’s workout is an hour-long cardiovascular and strength workout, which works to “shock” the body in the most efficient and effective way to improve the cardiovascular system, burn fat and build muscle. The best way to train at Barry’s to see exceptional and sustainable results is by attending three of more classes a week. The classes are taught by Barry’s expert trainers, who undergo the rigorous Barry’s instructor training programme, with classes running from 6am – 10pm every day of the week, with each day targeting a different muscle group.

The new studio will open its doors later this year, specific dates and further information to follow. Class prices start at £22 for a single class and prices vary depending on the class package purchased. Barry’s class packages can be used at all five London studios.

A native New Yorker, Barry Jay moved to Los Angeles where he fell into the LA party scene living a life of late nights and fast food. Barry found his calling when he took a desk job at a popular fitness studio in West Hollywood. His enthusiasm for the job was evident and he finally got his break when an instructor called in sick and Barry was invited to lead the class himself. This one class quickly became 27 classes a week, making Barry one of the club’s top instructors.

His revolutionary exercise program combined with a night club party atmosphere would form the foundation for what would become Barry’s Bootcamp. Officially founded in 1998, Barry’s signature cardio and strength classes have become known as “The Best Workout in the World™” while igniting the entire boutique studio trend across the fitness industry. Barry’s is an energy-fueled, immersive workout that is time-efficient but really pushes clients to the maximum.

Barry’s is the original cardio & strength interval workout. Immersive & high energy, it’s the fastest & most fun way to get lean & hard. Over twenty years ago, the brand innovated group fitness by creating an efficient, immersive and transformative hour-long workout experience. Since then, over 40,000 members of the Barry’s community visit the studio each week and use the brand’s signature method to burn fat, tone muscle and push themselves to reach their physical and mental potential. Today Barry’s is credited as “The Best Workout in the World™”.

Founded in Los Angeles in 1998, Barry’s was conceived to make getting into the best shape of your life possible and fun! Barry’s signature method utilises the most effective combination of High Intensity Training (HIT) by incorporating 25-30 minutes of interval-based cardiovascular routines on treadmills with 25-30 minutes of strength training using free weights, resistance bands, and more. The workout is results driven—pushing participants to their physical and mental limits—and efficient. A one-hour class incinerates fat, burns up to 1,000 calories, and releases stress. To see the best results, Barry’s recommends attending three classes a week.

Barry’s is a one-stop signature class to a leaner and harder body, and ends the frustration of trying to pack multiple cardio and strength training workouts into an over-scheduled week. Additionally, the studio calendar is uniquely customised to focus on a different body part each day of the week, offering participants a complete, full body fitness regime. Barry’s promises that no class is ever the same so participants never plateau.

Barry’s classes are held in dim lit, red studios to motivating playlists. The room adds an element of excitement to the workout while enabling participants to dig deeper and lose themselves in the physical moment. Barry’s instructors coach and motivate the group to run and work harder than they ever thought possible. Working side by side as a community creates strong bonds between participants who inspire, support, and hold each other accountable inside and outside of the studio.

With 53 locations worldwide – including studios in Los Angeles, New York City, Boston, Chicago, London, Oslo, Stockholm, Milan Dubai and Australia – Barry’s has established a cult-like following across the globe. Professional athletes, editors, captains of industry, and A-list celebrities are all familiar faces amongst the Barry’s community.

The Barry’s workout has innovated the fitness landscape by offering an efficient, effective, and transformative group fitness experience unlike any other.